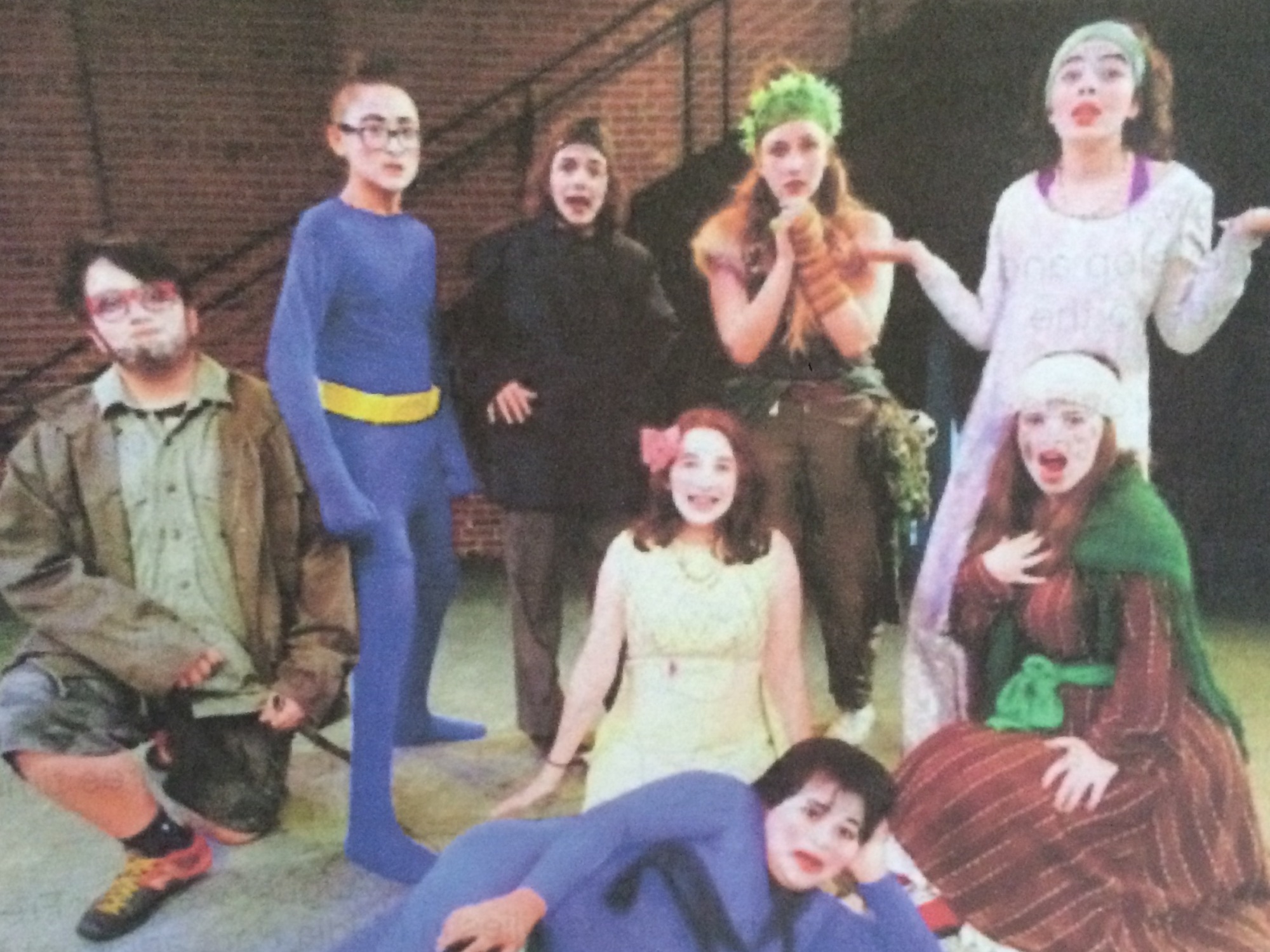 There are times when I wish I was a teenager again. My kid (she insists she is not a kid any longer but a teenager) recently completed a run of camp at the Actors Gang in Culver City (two weeks are for pre-teens, two weeks are for teenagers).  For a whole week the kids are introduced to commedia dell’arte and work together to create a play based on stock characters, complete with costumes and make up.

The teachers were amazing and the kids — teenagers — were just phenomenal.

It was impressive how they put it all together with stories that had a beginning, middle and end. (I kept thinking how lucky they were to have such a large stage to work on, too!).

Bravo to the teaching team Christiane Georgi (Program Director), Adam Jefferis, VJ Foster, Jeanette Horn (Education Director), Guebri J’aigle Vanover and Colin Golden for guiding the aspiring actors to trust their instincts, open their channels of creativity as well as communication, and share stories with the audience that were so very entertaining! (There is no fourth wall in their approach to acting, which makes it much more interactive for the audience.)

When the performance was over, one of the teachers invited the entire audience to join them on stage to participate in an “acting exercise” with the actors that left me singing “peel the banana” for the rest of the day.  The young performers then participated in a q&a, sharing their process and overall experience.

I was so proud of all of these young adults to see them come together as one and to truly embrace diversity.

The Actors Gang also offers free “Shakespeare in the Park” on Saturdays during the month of August. This year they are performing Harry Potter Hamlet in the park adjacent to the theater.

I’m pretty sure my daughter will be back again next summer.

The performers and the teachers for “The Box” – August 2015