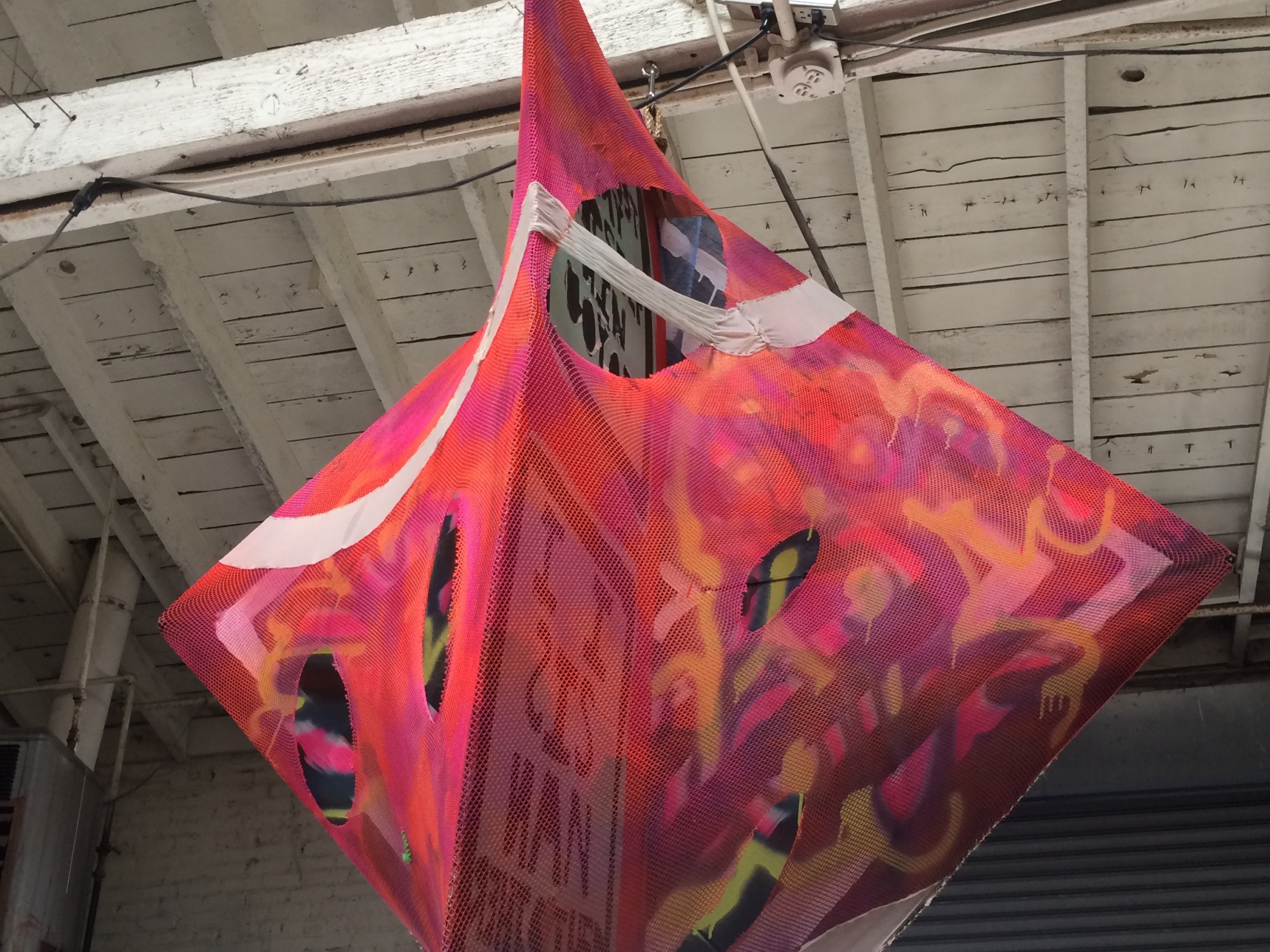 Alexandra Grant is a Los Angeles artist whose career I can’t help but follow.

A few months ago she posted an image of one of her works on social media, and I fell in love with it. So much so, I inquired if I could purchase it – based on a thumb nail image alone.  It took a few months to pick up the piece, but, it was well worth the wait.  Especially since I was able to visit her at her studio, which was just as valuable an experience as the work itself.

I first met Alexandra years ago when I interviewed her for Artillery magazine.  She had finished a solo exhibition at MOCA Los Angeles, and freshly embarked on The Love House Project in Watts, California.  It impressed me that she wanted to give back and be part of something that made things better for the community. Her LOVE necklace helped raise funds for her efforts. From there it seemed to evolve into the grantLOVE project, which still includes collaborations with other artists. (Be on the look-out for a Heart of Los Angeles (HOLA) benefit later this summer! Check out www.grantlove.com for updates.)

In 2011, she collaborated with Keanu Reeves for a poetry/art book called ODE TO HAPPINESS —  a stunning book. The two have collaborated again, and their new book SHADOWS will be out November 2015.

Alexandra also did a limited run of a clothing line for Clover Canyon Line, which launched in Miami; and, a few years ago embarked on a project via Kickstarter called Bringing Lena Home – a film that documents the return of a tombstone stolen in 1945.  She plans to finish it this year. It’ll be an amazing documentary, as Alexandra is one of those people who does amazing exceedingly well.

Currently her work is on exhibit with artist Steven Roden at the Pasadena Museum of California Art.  These Carnations Defy Language is on view through November 1, 2015. A must see!

She keeps reinventing herself, which is awe inspiring. I can’t wait to see her solo show at ACME in early 2016. The woman is on fire.

And so is her new work.

The large canvases she had on display at her studio were a juxtaposition of free colorful abstraction with strong, bold angles. The movement was fascinating. A few of her works on paper were done along these same lines but some also included text — which she is known for. I could have looked at all of her works all day. 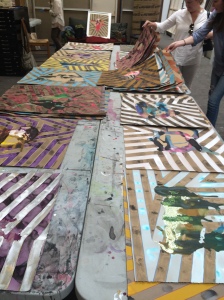 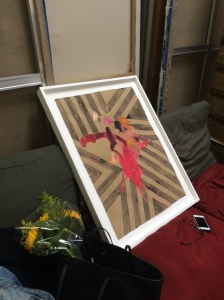 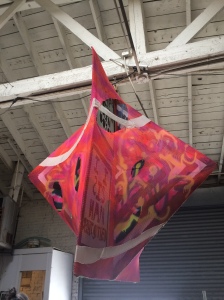 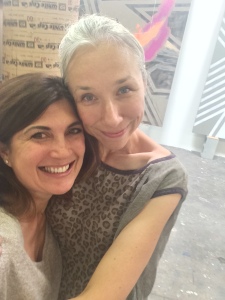 and a selfie moment with the artist!

One thought on “A Studio Visit with Alexandra Grant”